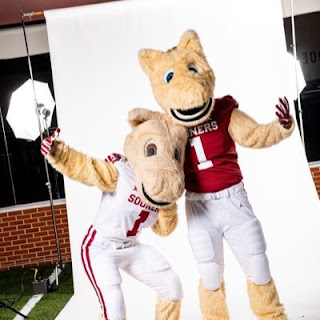 One lazy afternoon, Spencer Rattler and Drake Stoops were sitting on campus at OU with nothing to do. Drake was reading the football playbook and Spencer was bored just watching the squirrels run by. Out of nowhere, Spencer sees Boomer and Sooner run by them and up the South Oval. They were looking at their wristwatches saying that they were going to be late. Spencer was confused because usually, they don't talk. Drake had his head so deep in the playbook that he didn't even notice them run by. What might they have to be late for? He decides to get up and follow them. They run and jump inside a hole at the top of the South Oval outside of the Bizzell Memorial Library. With nothing better to do that day, he decides to take a leap of faith (literally) and follow them in.      Spencer begins to fall for what seems like forever. It's mostly dark, but he is able to make out what objects are falling around him. He sees football gear, jerseys, locker room snacks, and even si
1 comment
Read more 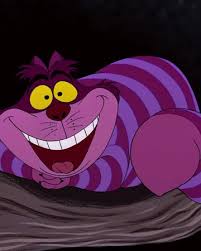 there was a table in front of the house with the hatter and the hare, and the dormouse was resting on a cushion  all 3 were at one end of the table so alice sat down at the other end  alice started arguing with the hare and the hatter about various things  she told the hatter it was weird that his watch didn't say the time, and he said it was because it stays the same time for so long  alice could not figure out the riddle that the hare asked her so she told him to do something better with his time  he said that time would do anything with the clock if they asked, like freeze or speed up time  time had to stop changing the clock because the queen ordered his execution  they grew tired of talking about the time so they had the dormouse tell them a story  alice kept interrupting the dormouse's story  they were being rude so she left and came across a tree with a door  it brought her back to the original room and she unlocked the door and went into the garden in the garden there
Post a Comment
Read more

alice was sitting on the riverbank bored with her sister one day  a rabbit ran by saying it was going to be late the rabbit went down a rabbit hole and she followed it, falling down a tunnel  she fell very slowly and passed many objects on her way down she fell upon a pile of leaves and got up, seeing the rabbit sprint down another tunnel and going after it  she came upon a bunch of locked doors and then a tiny key that opened a tiny door she couldn't fit through the tiny door and when she turned around there was a drink that turned her very small she tried to go through the door but forgot the key on the table and couldn't reach it  there was a thing with cake on the floor that she ate and expected to change size, but she didnt she grew to nine feet tall and couldn't find anything else to eat so she could shrink when she was tall she saw a catepillar on top of a mushroom smoking hookah that asked her who she was and she said she didn't know  he had an attitude with he
Post a Comment
Read more 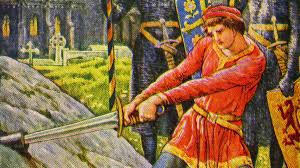 A Knight's Take on King Arthur Today is the day of the tournament. I'm pretty sure that I'll be able to be crowned the King- after all, everybody knows I'm the best knight we have. I get that nobody was able to pull the sword from the stone, so they're making us do this, but I bet I could if I tried. In walks Arthur, wait- did I just see him with the sword from the stone? There's no way. Someone must have pulled it for him. If I, a noble knight, can't pull it, there's no way that low life did. I won't accept it.  The Moral of the Story That loser just got the sword. King Arthur and the sword Source:  Biography.com Author's Note This story was based on the tale of King Arthur and the sword! Arthur was a nobody in his village who was able to pull the sword from the stone, which was a power that only a king could do. They were trying to decide who would become the new king by a joust until Arthur was able to pull the sword. Nobody believed it, but
3 comments
Read more sir galahad went four days with no adventure until he came across a white abbey he went in the abbey and knights took him in and led him to a chamber where they told him that there was a shield which if you put it around your neck you would be dead on 3 days or find mischief  another knight bore it first and then died in a battle with another knight the knight gave the shield to a squire and said that only sir galahad could bear it  galahad bore the shield and went to a cemetery and lifted a stone, where there was a body and a bad smoke. he took a body out of the grave since he was not a Christian  he healed wounds and chased away bad knights and set free maidens sir lancelot came across a stone cross and a chapel which had an altar in it  he could not enter so he went to sleep  he had a dream that two palfreys came across a sick knight and he begged them to heal him the holy grail appeared and he prayed to it and it healed him of his sins the knight prophesized when he woke up that s
Post a Comment
Read more

in britian, after uther pendragon died, every knight wanted to be king  the country became worse and worse and filled with evil merlin the magician went to the archbishop of Canterbury and agreed that the lords and gentlemen of britian would meet at the great church on Christmas day  at the church there was a large sword that said whoever pulled it out of the stone would be king  many people tried but were not able to pull it from the stone, so they had a tournament on new years day  sir kay, ector, and Arthur arrived to the tournament but forgot his sword so arthur went to get it  when he got to the house it was locked, so he went to the sword in the stone to pull it and gave it to sir kay  arthur told sir ector he pulled it so he was called the rightful king  his father said he was the son of uther pendragon and he was meant to be king  the people were reluctant to accept him since he was a common man, but every time they tried to contest it, he was the only one who could pull it he
Post a Comment
Read more 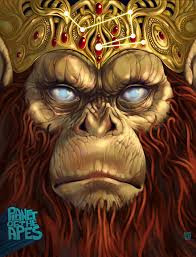 monkey king in a nutshell There once was a monkey who became increasingly powerful. Instead of using his power for good, he used it to take advantage of other people. He began to challenge gods and other immortal beings, paying no attention to the repercussions. He drank potions to make himself immortal and made the whole race of apes immortal too. Eventually, after waging wars and causing destruction, he became more powerful than everyone but god, so god punished him by making him a slave. He had to walk to each end of the earth doing chores, and after that, never caused trouble for anyone. moral of the money king don't be arrogant, you'll be humbled.  Ape King  Source:  DeviantArt Author's Note The initial story has an ape made of stone that rules over the land until he wants to become immortal. He goes and trains to become immortal under a master, and once he does, he shares the secrets and is exiled. He then becomes increasingly more violent and powerful, and the othe
Post a Comment
Read more
More posts